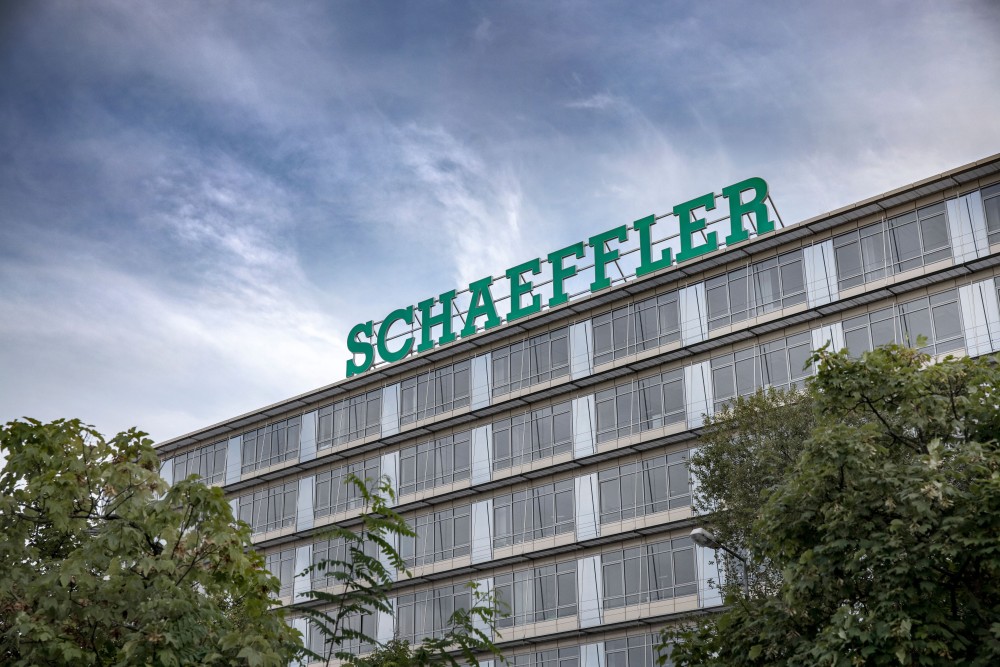 Birmingham, UK | May 10, 2022 | Global automotive and industrial supplier, Schaeffler, published its interim statement for the first three months of 2022 today. The Schaeffler Group’s revenue for the reporting period amounted to 3,758 million euros (prior year: 3,560 million euros). The constant-currency increase in revenue of 1.9 percent is mostly attributable to price increases as the company was increasingly successful in passing the sharp rises in input costs on to the market. The Schaeffler Group continued to benefit from its diversified set-up in the first quarter. While Automotive Technologies division revenue declined by 3.2 percent at constant currency, the Industrial division increased its revenue by 15.7 percent at constant currency. Automotive Aftermarket division revenue grew by 2.1 percent at constant currency.

Constant-currency revenue in the Europe and Americas regions rose by a noticeable 4.4 and 3.5 percent, respectively. In the Greater China region, revenue was down 3.4 percent at constant currency versus the high comparable prior year quarter challenged by the ongoing coronavirus pandemic. Asia/Pacific region revenue was up slightly, growing by 0.4 percent at constant currency.

The Schaeffler Group generated 258 million euros (prior year: 397 million euros) in EBIT before special items for the first three months, resulting in an EBIT margin before special items of 6.9 percent (prior year: 11.2 percent). This change from the extraordinarily strong first prior-year quarter, which was marked by considerable catch-up effects related to the coronavirus pandemic, is mainly attributable to sharp increases in input costs that were partly passed on to customers.

The Automotive Technologies division generated 2,293 million euros in revenue (prior year: 2,281 million euros) for the first three months. At constant currency, revenue decreased by 3.2 percent from the prior year. Besides the high base of comparison the decrease was primarily attributable to the persistently challenging environment in the automotive sector, with the decline in global automobile production caused by the sustained semiconductor shortages, the implications of the coronavirus pandemic, and the war in Ukraine resulting in decreasing customers’ call-offs. The division outperformed global automobile production of passenger cars and light commercial vehicles by 1.3 percentage points. The division’s order intake was driven by 2.0 billion euros for BEV system applications in the E Mobility business division (BD), which has thus already reached the lower end of the full-year target range (2.0 to 3.0 billion euros). The other business received a further 1.6 billion euros in orders for the division.

The division earned 80 million euros (prior year: 240 million euros) in EBIT before special items in the first quarter. The EBIT margin before special items for the reporting period was 3.5 percent, considerably below the extraordinarily strong prior year level of 10.5 percent. The main reason for this decrease were significantly higher input costs that were only partially offset by adjustments to sales prices in the first quarter, as had been expected.

Automotive Aftermarket: EBIT margin before special items at 13.6 percent thanks to favorable one off items

The Automotive Aftermarket division reported 463 million euros (prior year: 444 million euros) in revenue for the reporting period, representing constant-currency revenue growth of 2.1 percent. This growth was mainly attributable to a favorable impact from sales prices.

Revenue grew considerably in all regions except Europe – the region generating the highest revenue – where revenue was down slightly, declining by 2.0 percent at constant currency partly due to missed sales in Russia and Ukraine toward the end of the first quarter. The Americas and Asia/Pacific regions expanded their Independent Aftermarket business in particular, providing these regions with constant-currency growth rates of 11.3 and 15.6 percent, respectively. The 9.8 percent constant-currency revenue increase in the Greater China region was mainly due to strong growth in e commerce business.

These developments resulted in EBIT before special items of 63 million euros (prior year: 58 million euros). This represents an EBIT margin before special items of 13.6 percent (prior year: 13.1 percent). The slight increase from the prior year is primarily attributable to favorable one-off items. Increased input costs that were not fully compensated for by price adjustments had an offsetting effect.

Reporting a constant-currency increase of 26.2 percent, the Europe region generated very strong volume-driven growth, and the Americas and Asia/Pacific regions similarly generated considerable constant-currency revenue growth rates of 11.0 and 22.7 percent, respectively. The Greater China region experienced a heterogeneous trend resulting in a slight constant-currency revenue decline of 0.3 percent overall. Sales prices led to overall revenue increases at the Industrial division as well, as higher input costs were partly passed on to the market.

Due to lower EBITDA and an increase in working capital, first-quarter free cash flow before cash in- and outflows for M&A activities totaled 14 million euros (prior year: 130 million euros). Free cash flow conversion was 0.1, and the reinvestment rate for the first three months amounted to 0.56.

Claus Bauer, CFO of Schaeffler AG, said: “The Schaeffler Group has once again demonstrated its resilience in the first quarter of 2022 and responded flexibly to the challenging environment. With our broad portfolio and our robust balance sheet structure, we can cope with the more complex external headwinds, while continuing to invest in our business and especially in our growth segments.”

On May 9, 2022, the Board of Managing Directors of Schaeffler AG has agreed on a new full-year outlook for 2022 based on information currently available.

The outlook is based on the assumption that global economic growth will slow down noticeably and that this will affect the Schaeffler Group’s sales and procurement markets.

The impact of the coronavirus pandemic on the Schaeffler Group’s value chain is based on the assumption that economic activity in China will normalise by the end of June 2022.

The Schaeffler Group anticipates that its further development will be characterized by extraordinary uncertainty in the macroeconomic and geopolitical environment, in particular due to the course of the war in Ukraine and the future course of the coronavirus pandemic.

The guidance for the three divisions is as follows:

Klaus Rosenfeld, CEO of Schaeffler AG, stated: “The Schaeffler Group has generated good results for the first quarter of 2022. The strong order intake in the E-Mobility business division of 2 billion euros is particularly pleasing. It means we have already reached our full-year target in the first quarter. The high contribution to earnings our Industrial division has made demonstrates once again that our diversified set-up is paying off. We are consequently executing our strategy as planned, despite the challenging environment. This fiscal year, we continue to remain cautious with respect to the macroeconomic and geopolitical uncertainties. The guidance we published yesterday reflects this.”

You can find press photos of the Board of Managing Directors here: www.schaeffler.com/en/executive-board