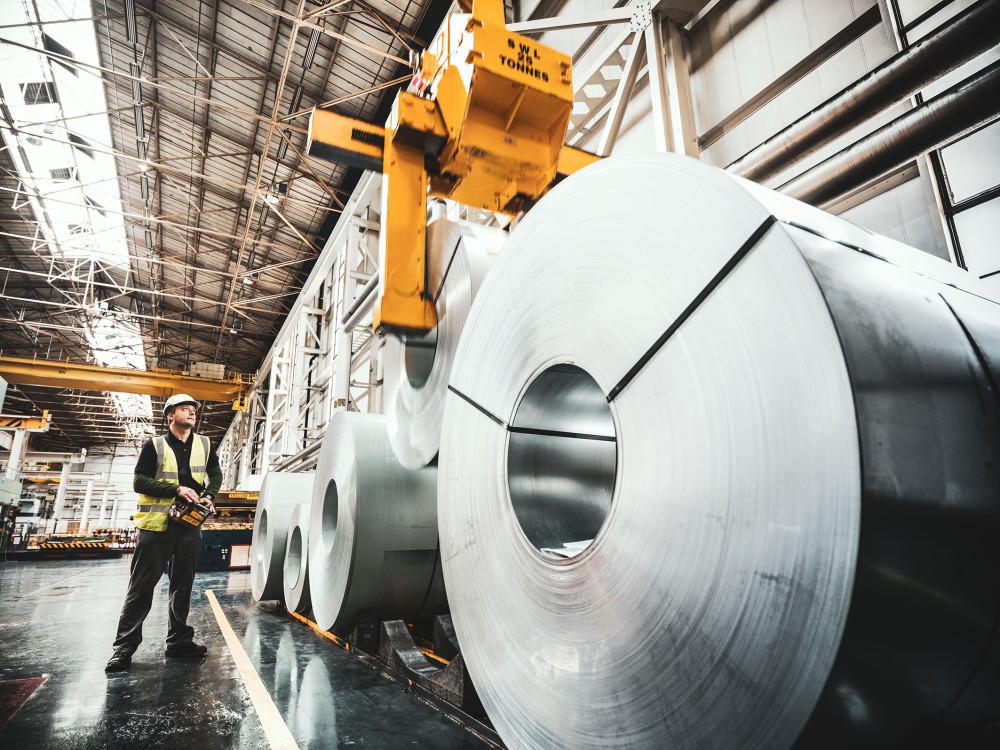 Schaeffler will source 100,000 tons of the steel, which is produced virtually CO2-free and with the use of hydrogen, from 2025.

Birmingham, UK | November 10, 2021 | The automotive and industrial supplier Schaeffler has entered into an agreement with Swedish start-up company H2greensteel to purchase 100,000 tons of the virtually CO2-free steel, which is produced using hydrogen, on an annual basis with effect from 2025. This makes Schaeffler the first tier 1 supplier worldwide to become a customer of the innovative start-up company. The agreement is set for the long-term and includes the delivery of strip steel. The steel produced in Sweden requires non fossil fuels and reduces Schaeffler’s annual CO2 emissions c. p. by up to 200,000 tons. The agreement is a first major step to make Schaeffler’s supply chain carbon-neutral by 2040. “Steel purchasing is strategically important to Schaeffler,” states Andreas Schick, Chief Operating Officer at Schaeffler AG. “We process a significant amount of steel and view this as a crucial driver in supporting the decarbonization. Already today Schaeffler is relying increasingly on low CO2 steel production processes among its suppliers. An essential element is also the use of the circular economy, which we want to implement consistently.”

H2greensteel (H2GS) was founded in 2020 and aims to produce five million tons of virtually CO2-neutral steel annually in Sweden by 2030. “We are delighted to have found a global and experienced partner in Schaeffler, to support us in our goal of decarbonizing the steel industry, and with whom we can work toward making the world more sustainable for the future,” states Henrik Henriksson, CEO of H2GS. As a greenfield project, the company is planning a new steel site with networked and digital production that will produce “green steel” in the towns of Boden and Luleå. The first European steelworks in around 40 years is being constructed there, together with a dedicated production facility for hydrogen generation. The production of green steel is energy-intensive and must be done from sustainable sources. Northern Sweden offers excellent conditions for this. The production of steel without carbon dioxide is realized by H2GS through the use of the direct reduction method, in which hydrogen produced from renewable energies is used instead of coking coal, thus enabling a 95 percent reduction in the CO2 emissions produced with previous methods. The founder and majority shareholder of H2GS is Vargas Holding, a co-founder and major shareholder of the Swedish battery cell manufacturer Northvolt.

Klaus Rosenfeld, Chief Executive Officer of Schaeffler AG, says: “The use of green hydrogen for the direct reduction of iron ore is a crucial component in making steel clean and sustainable in the future. Hydrogen is an important technology and growth area for Schaeffler. Against this background, the partnership with H2greensteel is a very important step for us in advancing the topic of sustainability.”