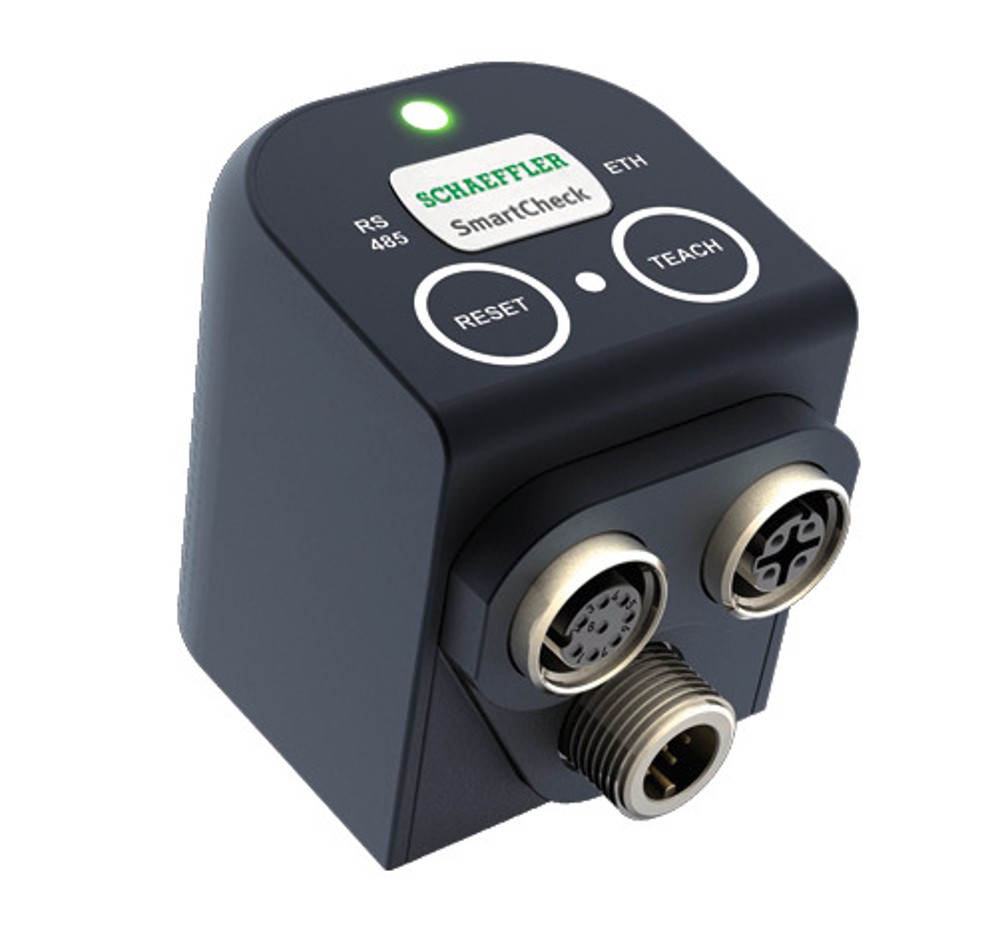 The sawmill in Sweden

SUTTON COLDFIELD, UK, October 08, 2019. Even the most reliable machines will eventually fail. The challenge for many companies is whether to keep the machine running until the inevitable suddenly occurs or whether to turn the inevitable into a planned maintenance measure. The operator of a Swedish sawmill found the answer to this question in Schaeffler’s SmartCheck condition monitoring system.

Even the best repair schedule including spare parts provisioning cannot prevent revenue from being irretrievably lost with every hour of production downtime. This is what happened to a sawmill in Sweden recently, when one of its main motors suddenly failed. Even though replacing the motor only took four hours, the operator suffered a loss of around €11,500 due to the unplanned production stoppage – downtime that could have been prevented.

Condition Monitoring Systems (CMS) based on solid-borne vibrations are an effective, proven tool for preventing unplanned machine downtimes and therefore production losses. However, some operations managers shy away from purchasing such systems when they discover that detailed specialist expertise in vibration analysis is required to identify damage types using a condition monitoring system. This drives up costs and many business operators don’t wish to depend on external specialists. One of the outstanding features of the SmartCheck condition monitoring system from Schaeffler is that no specialist expertise or skills are required.

CMS ready for immediate use

The Schaeffler SmartCheck is ready to use in its delivered condition. The integrated software with its standard set of parameters allows general monitoring of simple drives and units such as motors, pumps and fans based on solid-borne vibrations. The condition monitoring system determines the three general parameters (ISO10816, RMS [broadband], and the peak-to-peak value) based on the acceleration signal and its envelope curve. Not only can operators call up these individual parameters using the SmartWeb webserver, which is integrated into the device, they can also graphically display their trend curve over time. Changes are therefore very easy to identify. Moreover, a temperature sensor is integrated into the device, which allows additional trend monitoring of the temperature.

Every machine has its own characteristic vibration level, which is why the alarm thresholds need to be adjusted specifically to the machine during initial operation. For this reason, SmartCheck has an automatic learning mode. Based on the measured vibrations, it automatically determines the appropriate alarm thresholds. As soon as enough measurement data is available, the preset alarm thresholds are automatically replaced by the newly determined alarm thresholds. An LED on the SmartCheck immediately alerts the operator when an alarm threshold is exceeded. The device features the SLMP communication protocol from Mitsubishi, which enables direct transmission of parameters and alarm statuses to the control system without having to lay any additional cables. An Ethernet cable is all that’s needed to display the machine’s condition in the control room. The SmartVisual tool is used to visualise the machine’s condition on a computer. This tool generates graphical representations of the drives being monitored, including the SmartCheck devices.

Frequency-selective monitoring at a fixed speed

General monitoring is perfectly enough for many machines and systems. In addition, there is also an option for monitoring specific frequencies, such as those found in damaged rolling bearings, gear teeth, and fan propellers using SmartCheck. All the user needs to do when configuring SmartWeb is to specify some basic data about the components to be monitored, such as the bearing designation or the number of fan blades. SmartWeb offers various component templates for entering data, including fans, pumps, toothed belt drives, clutches, gearbox stages, and shafts. The software assistant supports the user in completing the component templates. Furthermore, the different components of a unit can be monitored simultaneously. For this purpose, several component templates are simply combined to create an overall configuration for the monitored unit.

A rolling bearing database, integrated into SmartCheck, contains data for FAG standard bearings, which is available for monitoring rolling bearings. Users can supplement this database by additional rolling bearing data at any time. The condition monitoring system then only needs the speed to calculate the monitoring frequencies. For drives with constant speeds, the fixed speed from the component template is sufficient. SmartCheck then automatically calculates the monitoring frequencies that can be used from these component data. In contrast to monitoring using general parameters, this is referred to as frequency-selective monitoring. For operators, this means earlier warning signals. The system detects damage to the relevant components, imbalance, misalignment, and knocking.

Neither frequency-specific monitoring of the main drives nor the commissioning of a service provider to carry out the condition monitoring was necessary at the Swedish sawmill. Monitoring using the general parameters as per the predefined settings on delivery has proven to be sufficient. In addition, the employees of the sawmill were able to carry out most of the installation steps themselves. The mill was able to mount eight SmartCheck devices and a Schaeffler engineer provided on-site support during initial operation. Since then, the systems have been running smoothly and are extremely easy for the customer to operate, evaluate measurement values that are generated in SmartWeb, and to identify any potential problems. There has been no unexpected downtime since the SmartCheck devices were installed. The mill immediately knows when something isn’t right, for example, when temperatures inexplicably rise or when significant changes in vibrations occur. The operators then take the appropriate measures before more major problems arise.

SmartCheck is configured exclusively using the SmartWeb web server, which is supplied with the device. This is also where the general vibration analysis is implemented, like the one that is used in the Swedish sawmill. SmartWeb is perfectly suited to simple machines and individual SmartCheck devices.

The SmartUtility light software, which is the second software program included in the delivery scope, enables several SmartCheck devices to be managed, e.g. to change their IP addresses. The current alarm statuses of all SmartCheck devices are displayed in a list.

With the SmartUtility computer software, which is optionally available for a fee, several devices in a network can be managed, firmware updates can be installed, and configurations can be downloaded, copied, and sent from a SmartCheck device. In addition, users can also create automated measurement reports including device information, alarm statuses, trend data, and the logbook. The “viewer” is the perfect tool for analysing data in detail.