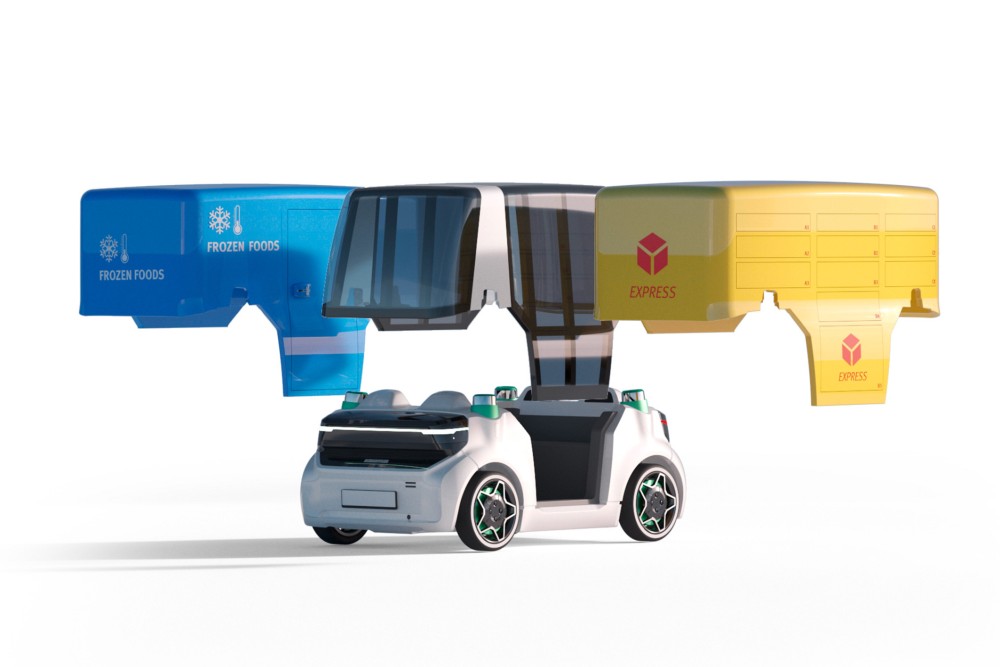 Signing ceremony for an investment agreement aimed at supporting and facilitating autonomous driving in China: Matthias Zink (third from left), CEO Automotive OEM at Schaeffler AG and Hu Zhongxiong, Mayor of Changsha (second from right) during the signing ceremony in the presence of German Chancellor Dr. Angela Merkel and Chinese President Li Keqiang.

SUTTON COLDFIELD, UK, September 11, 2019. Schaeffler, a leading global automotive and industrial supplier, has signed an investment agreement with China’s Hunan province in a move aimed at supporting and facilitating autonomous driving in China using Schaeffler technologies. Under the agreement, both parties will jointly develop a mobility ecosystem for intelligent vehicles in the provincial capital of Changsha. Schaeffler’s role in the venture will revolve mainly around the further development of its Space Drive technology, a key enabler of autonomous driving, and the Schaeffler Mover, a mobility concept featuring Schaeffler Intelligent Corner Module technology. The formal signing ceremony for the agreement was held in Beijing and was attended by German Chancellor Angela Merkel and Chinese Premier Li Keqiang.

The agreement was signed by Matthias Zink, Schaeffler’s CEO Automotive OEM, and Hu Zhongxiong, the Mayor of Changsha, a city of seven million people in Hunan Province, and Secretary of the CPC Hunan Xiangjiang New Area Working Committee. It opens the way for the establishment in Hunan Xiangjiang New Area of a local Schaeffler company to implement Schaeffler’s Space Drive drive-by-wire technology locally in Hunan province and take the Schaeffler Mover platform forward into the next phase of its development. The establishment of the new company is further testimony that Schaeffler’s technologies and products for intelligent vehicles are ideally suited to use in big cities, not least China’s major areas of conurbation.

Space Drive is a key enabling technology for tomorrow’s automated, autonomous and connected vehicles that is currently being developed with a view to volume production. It is a leading drive-by-wire technology comprising a triple-redundant electronic interface that operates vehicle steering, accelerator and braking functions by wire, rather than mechanical means. As such, it enables autonomous driving in a wide range of application scenarios. Space Drive is the world’s first – and so far only – drive-by-wire system to be licensed for on-road use and to feature the level of redundancy needed to guarantee functional safety and reliability.

Among its many applications, Space Drive is used in the all-electric Schaeffler Mover, which was recently awarded the German Mobility Prize by Germany’s Federal Ministry for Transport and Digital Infrastructure. The Schaeffler Mover is a flexible and locally zero-emission platform that supports a wide range of vehicle concepts. Schaeffler uses it to test and demonstrate tomorrow’s innovative drive train and chassis technologies. The Schaeffler Mover integrates all the components needed for driving functionality – drive system, battery, braking system and steering – in a compact unit known as a rolling chassis. The drive system is based on Schaeffler’s proprietary Intelligent Corner Module technology, which supports a steering angle of up to 90 degrees. The Schaeffler Mover platform is a particularly attractive solution for urban mobility because it supports a range of superstructures and can therefore be used in a range of applications, from robotaxi to autonomous delivery vehicle. Schaeffler will be showcasing its Space Drive Technology and its Schaeffler Mover/Schaeffler Intelligent Corner Module combo at the International Motor Show (IAA) in Frankfurt, Germany, opening next Tuesday.

Alongside all of this, Schaeffler is planning to set up a new R&D facility in Hunan province. It will be the second R&D centre operated by Schaeffler Greater China and its focus will be on developing technologies for tomorrow’s intelligent vehicles. With the support of local government authorities, the new R&D centre will partner with other providers of autonomous driving technologies to create an entire value chain for intelligent vehicles, complete with supporting industrial ecosystem.

“China is a major market for Schaeffler, and we have every confidence that it will continue to grow,” commented Schaeffler CEO Automotive OEM Matthias Zink. “We want to be close to market so that we can give our customers in China access to top-quality products and services. With that in mind, we will continue our investment in R&D, grow our local market presence also in Greater China and help develop the industrial base for intelligent, connected vehicles.”