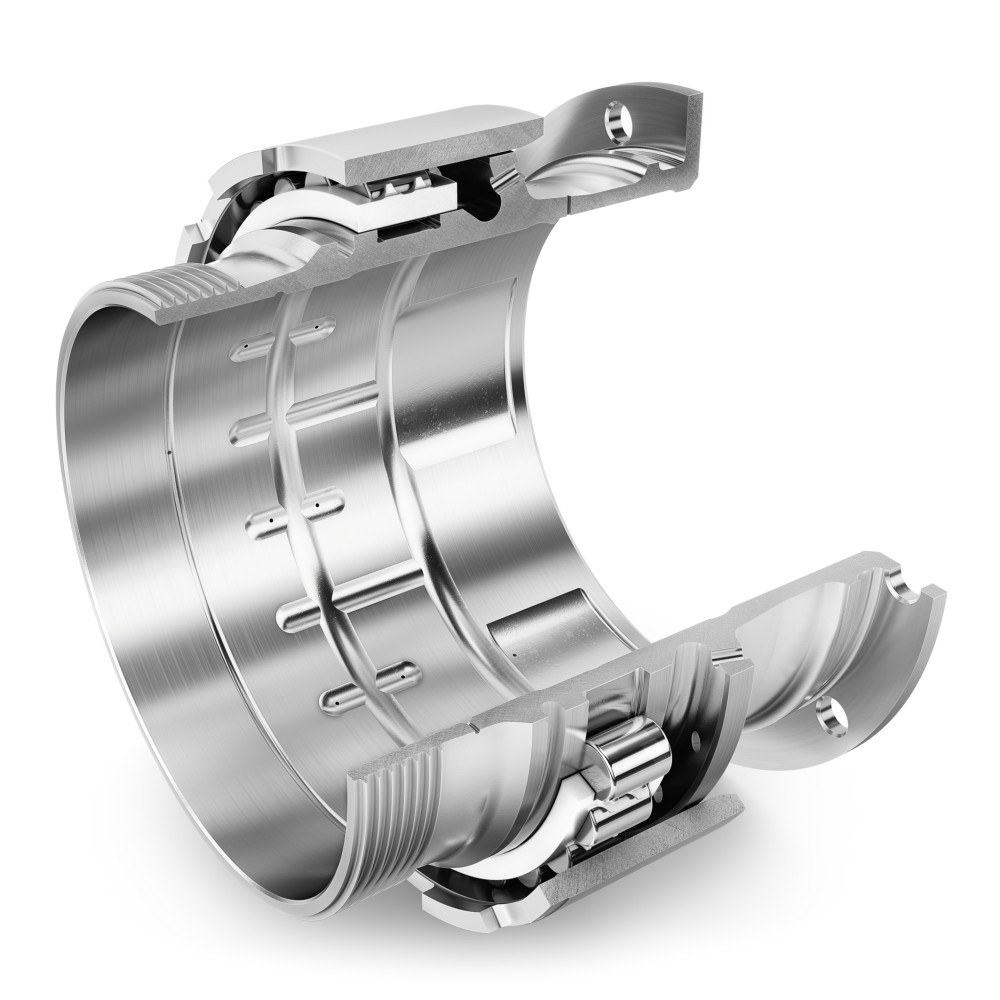 SUTTON COLDFIELD, UK, June 24, 2019. Schaeffler Aerospace Germany presented a range of solutions for reducing carbon dioxide emissions in the aviation sector at the Paris Air Show 2019. From bearing reconditioning solutions for reducing CO2 emissions and costs, as well as innovative bearing materials for aircraft engines with higher speeds and thrust loads, through to bearing integration, visitors were impressed by Schaeffler’s technology and systems expertise.

CO2 savings of 80 per cent due to reconditioning

In addition to the new development of innovative rolling bearing solutions for aviation and aerospace applications, Schaeffler Aerospace is also a leader in the reconditioning of aerospace bearings. Using two cylindrical roller bearings – one new and one reconditioned – from the “most frequently flown” aircraft engine in the world, the CFM56, which is installed in aircraft that include the Airbus A320, Schaeffler demonstrated that there is no technical difference for the operator between a new bearing and a reconditioned bearing.

The inner and outer rings in this bearing system are made from different special materials, the steel cage is silver-plated, and the cooling lubricant is supplied via lubricant ducts and grooves beneath the shaft. The reconditioning of such a complex system reduces its lifecycle costs and helps to protect the environment: a reduction in CO2 emissions of up to 80 per cent can be achieved by reconditioning bearings rather than manufacturing new ones.

The reconditioned bearings are also completely safe. This is because, as well as the most essential approvals from the FAA, EASA, and CAAC civil aviation authorities, official repair authorisations from engine manufacturers such as Pratt & Whitney, Rolls-Royce, GE, CFM, and IAE are also a prerequisite for consistently high system reliability. The reconditioning methods and quality inspections are directly monitored and audited by the engine manufacturers themselves. Schaeffler Aerospace is certified and approved according to the NADCAP and to AS9100 among others.

A matched system comprising eight main shaft bearings and 14 further engine components for the A380, including housing segments, seals and non-rotating integrator parts/bearing retainers, demonstrates Schaeffler’s comprehensive systems expertise. The focus here is on bearing integration, i.e. the combination of several functions such as bearing support, damping and elastic suspension, lubrication and cooling. The integration of adjacent components into the bearing support means that material and therefore weight can be saved, lifecycle costs reduced, engines made more compact, and mounting work made safer and simpler.

Following the renaming of its legal entity from FAG Aerospace to Schaeffler Aerospace Germany in April 2019, the business unit made its first appearance under the Schaeffler name at the leading international aviation and aerospace trade show.