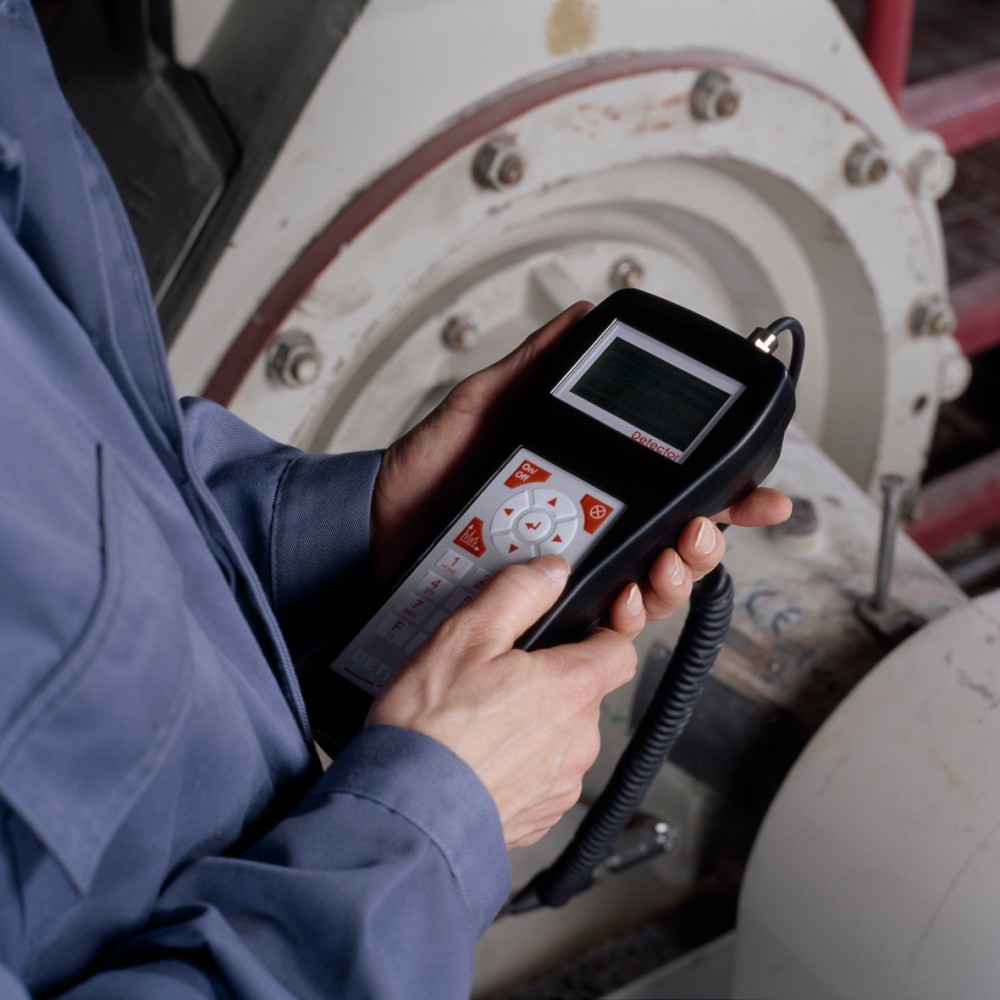 Bogie and traction motor under test at the customer’s depot.

Schaeffler has more than 100 years’ experience in the rail industry, with applications including axlebox bearings and housings; bearings and components for traction motors and gearboxes; railcar connectors; tilting technology; and bearings for train doors.

Rail operators are increasingly adopting Remote Condition Monitoring (RCM) to monitor railway assets, including equipment condition onboard the train as it operates in-service, in order to predict which parts are likely to fail and when. In this way, maintenance can be planned and there is an opportunity to change only those parts that are showing signs of deterioration or damage. Problems can be detected in advance and maintenance is performed only when needed.

However, while the use of RCM is receiving much attention, Schaeffler UK has investigated whether depot-based vibration measurements, using an underfloor wheel lathe to rotate the wheelset, could be used to assess the condition of the traction motor and gearbox. Working closely with different fleet operators, Schaeffler adopted this unique approach by using vibration measurements to assess the condition of traction motors without the need to remove equipment from the bogie. Six studies were undertaken on high-speed passenger trains involving a wide range of traction motor makes and sizes, from 8MW high speed trains down to light rail-vehicles.

In other cases, electrical erosion, high axial loads and contamination were found to be the primary causes of bearing damage. In addition, it was discovered that some of the traction motors in the studies had been fitted with non-premium bearing brands, which although may have seemed attractive at the time from a purchasing viewpoint, the performance and reliability were seriously compromised and resulted in a shortened service life, premature failure and significantly higher operating costs.

The studies provided valuable information to fleet operators about the condition of bearings and other rotating components on traction motors. If left undetected, these worn or damaged components may have resulted in catastrophic failures of traction motors, with possible disruption to operation in service.

Using the Detector III handheld vibration monitoring system from Schaeffler, engineers at a UK-based fleet maintenance depot could check train traction motors for early signs of damage to the bearings.

The two handheld Detector III vibration monitoring systems were supplied by Schaeffler UK and paid for themselves within just two months, by minimising disruption costs to rail operators and by significantly reducing the number of traction motor repairs due to bearing deterioration.

Prior to investing in the Detector III handheld vibration monitors, the depot had been experiencing bearing deterioration problems on some traction motors, which are fitted to the electrical multiple units. The bogies on these trains are all driven by the same traction motor. What the depot’s maintenance engineers needed was some method of monitoring the condition of the traction motor bearings in order to predict their remaining operational life and to take the appropriate corrective action before damage is caused to the motor.

The traction motors have a service life approaching one million miles before they need overhauling, but the depot had been experiencing some bearing issues earlier than this. After discussing these issues with Schaeffler UK, the customer invited Schaeffler to carry out a comprehensive program of measuring vibration on a number of traction motors. This involved measuring vibration on the traction motor housing and assessing the condition of the bearings and other associated mechanical components.

The vibration measurements were carried out whilst the trains were positioned over an underfloor wheel lathe at one of the customer’s rail maintenance workshops in the UK. These wheel lathes are used to perform routine wheelset skimming in order to maintain the correct tread profiles.

After carrying out detailed vibration measurements on the traction motor housing, it became apparent to engineers at Schaeffler that simple characteristic vibration parameters related to the raw signal and signal envelope could be used to give a very reliable indication of the condition of the motor, even in the presence of high background vibration from other sources within the transmission system and the wheel lathe such as the gearbox and axlebox, as well as the belts, conveyors and bearings within the lathe itself. Schaeffler believes that this novel solution for assessing the condition of rail traction motors has massive potential benefits for rail operators.

Following this in-depth analysis and reporting, Schaeffler developed special software for its Detector III. The aim was to provide the customer with a device that would be easy to use and that didn’t require a vibration monitoring expert to interpret the measurement results. The modified Detector III now enables the customer’s maintenance engineers to implement vibration measurements on a routine basis. The device has a new ‘Rail-Measurement’ menu option with pre-set limits for the traction motors.

Initially, a Schaeffler engineer took measurements horizontally on the traction motor housing at both the drive end and non-drive end positions by attaching an accelerometer with a magnetic base. Prior to attaching the accelerometer, the surface area was cleaned with a solvent to remove as much grease and dirt as possible.

Vibration data was then collected using the Schaeffler Bearing Analyser over three frequency bands: 0-200Hz, 0-1kHz and 0-5kHz and using 8,096 data points. The results demonstrated that, even amongst the very high background noise and vibration levels, it is possible to detect vibration frequencies that are related to the drive end bearing.

It was proved that simple based parameters such as the RMS (root mean square) of the signal envelope (RMS Env) and the carpet level of the envelope spectrum (CL Env) gave very reliable indications of motor condition. In most cases, it was the drive-end radial ball bearing that seemed to be experiencing most of the problems, including some deterioration of the raceways and rolling elements. The cause of the damage was not clear yet, but there were a number of possible reasons, including degradation of the lubricant and possible electrical erosion.

The cost of purchasing the two Detector III units is modest compared to the cost savings the customer will make due to fewer motor repairs, eliminating the possibility of in-service traction motor failures and the disruption that would cause to its rail operators and networks. In addition, the customer can now properly survey the fleet of trains to assess the condition of their traction motors and to make more informed decisions as to when to overhaul a particular motor.